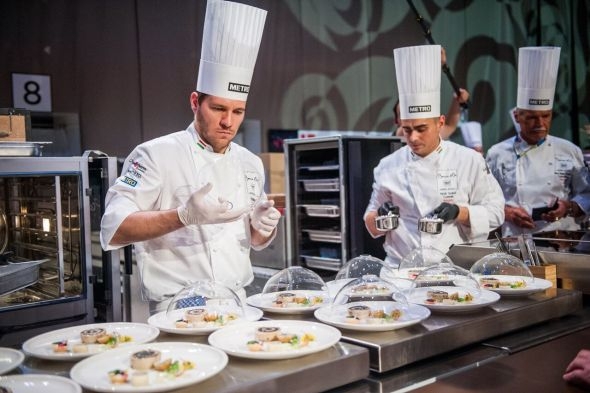 The Bocuse d’Or is one of the most prestigious cooking competitions in the world and for the chefs taking part, a high point of their careers.

Chefs from 20 countries battled it out in Budapest on Tuesday and Wednesday. The 11 best will go forward to the world final in Lyon in January 2017.

When asked how much work and training was behind his success, winner, Tamás Széll from Hungary, said: “Four and a half months and many many years”

Each team had to prepare two dishes using deer, stertlet (a type of sturgeon), and the ‘secret ingredient’ of tarragon, which chefs were told about the day before.

Euronews correspondent in Budapest, Beatrix Asboth, explains that for the first time in the history of Bocuse d’Or, the organising country gave the main ingredients for both main dishes.

The event is often referred to as the culinary equivalent of the Olympic Games. Supporters from across Europe were in the audience to cheer their chefs on.

“This is a competition about real chefs, this is no reality TV, this is real thing like a sporting event, everything is live in front of the audience,” said honorary president Jérome Bocuse.